As a youngster, I would hurry home from school to watch The Richard Simmons’ Show.

I’d sit cross-legged upon the floor, and against parental admonitions, position myself very close to the television. My favorite segment was what followed the exercise, when the lights were dimmed, and reflective music wafted in the background. Richard would peer into the camera and speak directly into our living rooms. My heart swelled with admiration when he would say that he knew there was a healthier and happier person within each one of us. His demeanor was compassionate, and his words, empathetic. To me, he might as well have been clairvoyant – and quite possibly, a Saint. This show resonated deeply within me. And despite family’s efforts to dissuade, I simply couldn’t divert my misty, mesmerized eyes from that screen.

For years, I continued to rehearse and memorize exercise scripts. This fascination of mine concerned my parents because I was an underweight petite kid who didn’t need more activity. I was a performer on a gymnastic team called The Sundance Kids, and I enjoyed modern dance. In high school, I became a competitive cheerleader and joined the track team. Later, I taught aerobics (big surprise), coached cheerleading teams, and earned an income as a fitness model.

I suffered an injury during this time, which lead me to have surgery with many weeks of physical therapy. The therapist explained that I needed to discontinue certain activities, but graciously suggested an alternative avenue for my physical competitiveness – Bodybuilding and Figure Shows.

This I did pursue, and after much work and hard knocks, I eventually captured local, state, and national titles. 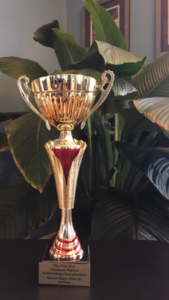 I settled into a career that encompassed three worlds – rehabilitation, fitness, and inspirational coaching. It seems like pure Providence to be able to combine interests that feel so natural to me. For this bliss, I’m grateful.

My business operates in the form of a private practice which involves a diverse array of physical modalities, consulting, and motivational speaking. And whenever possible, I embrace opportunities for community outreach.

Along my journey, I was confronted with the profound teachings of a man named JOSEPH PILATES. 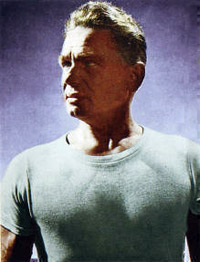 His methodologies are clinical, complex, and now a century-old. Originally called CONTROLOGY, Mr. Pilates touted that we must first train the brain, as it’s the mind itself which builds the body. My initial impression was that this is a miraculous missing link for every imaginable physical condition. I immediately acted upon this recognition. I received certification and began implementing the Pilates Principles into every facet of my work. As time went on, I had the revelation that this is a missing link to so much more of what ails us. This is why I refer to it as inspired integration for the whole being. It fact, it was defined, by the creator and founder himself, as complete coordination of the mind, body, and the spirit. Many do not know that THE PILATES METHOD not only builds the body, but has a methodology for the mind, and a philosophy for life. It was these fundamental components that established the field of rehabilitation that we use today, and has virtually revolutionized the entire world of fitness.

Even all of this doesn’t do Joe justice. He had such high hopes and aspirations for us. And I really want you to know Joe! You may say I’m obsessed. Many have teased me for my exuberance. I mention Joe so frequently that I’m accused of having an imaginary friend – which is true, in all actuality.

Mentors are magical like that. They show up in our lives at different times, in various forms. Some living, some gone, some we’ve known, others not. They are everywhere – crossing our path, hovering above, contending with us, lingering. Occasionally, they are waiting for us to accept the call to take the torch, as in a relay race with the passing of the baton.

Inspiration can be a mysterious matter. But, perhaps if we attune our eyes to see and our ears to hear, we may then bear witness to this wondrous whirling world. Surely, we shall wave our arms, jump and shout for the amazing grace, which is all about!

As it goes with all of us, the culmination of our life experiences are actually the production of us in the making. 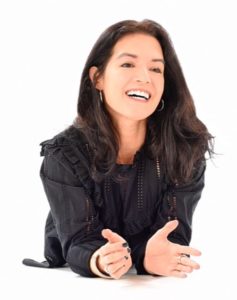 I aspire to inspire you ~ from INSPIRATION TO PERSPIRATION AND BEYOND!

“Every moment of our lives can be the beginning of great things.” Joseph Pilates